Rethinking the Celts: On line lectures 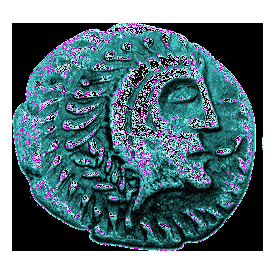 Here are a couple of videos about the issue of who are the Celts and whether it is a valid label, from a session at the European Archaeology Association conference.

John Collis introduces the subject - pointing out that the term 'Celt' is very contested and means many different things.

Raimond Karl robostly asserts that the use of the term 'Celt' is simply a label and therefore perfectly appropriate to use.

Collis - Over the last thirty years there has been a major
rethink among prehistoric archaeologists which has seen a fundamental
change in how we study the Ancient Celts and the paradigms that lie
behind our work (so-called Celtoscepticism). Much of the criticism has
been based on an historiographical analysis of Celtic Studies – how the
inhabitants of Britain came to be called Celts (starts in the
Renaissance), and why Celtic languages and Art came to be labelled as
‘Celtic’, or why southern Germany was considered to be the origin of the
Celts, and their spread through Europe dated to the late Iron Age and
linked with a ‘La Tène Culture’, or more recently the theory that the
origins of the Celts and the language lie on the Atlantic coast.
Celtoscepticism has led to new methodologies and interpretations, for
instance a rejection that we know, or can know, about the origin and
spread of the ethnic Celts using evidence provided by archaeology, art,
language, etc. on the grounds that ethnicity, language, genetics and
material culture cannot be used as equivalents to one another. In this
session we will give a brief overview of the problems with traditional
approaches, but mainly we will look at the way in which the new
approaches have impacted on various countries across Europe and Asia
Minor, and how this might affect national origin myths (e.g. that the
early inhabitants of Britain and Ireland were Celts).'
archaeology