Showing posts from June, 2009
Show All

June 30, 2009
I took my Westminster Uni students to the Bank of England Museum today. I think they enjoyed it - they spent some time on an interactive which asked questions about the treasury committee. They had no interest in the answer except that the answer enabled them to open a safe via a proper safe lock of the type seen in heist movies. So it seems rewards are important part of interactives. Very disappointed to see that the Museum has put a crash exhibition in the Hall - so an elegant reconstruction of Soane's Banking Hall is now obscured by tacky exhibition design. Its amazing how an exhibition designer can have such a lack of taste!
Post a comment
Read more

Archaeology in the City of London walk - western half 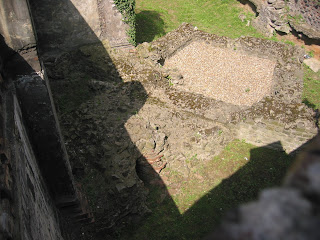 Yesterday I gave a guided walk for London Walks looking at the archaeology of the City of London - the western half. I did this because my archaeology walks starting at tower hill never get far enough. So I started the walk at St Paul's - very excellent walk it was too - I learnt a lot from the research. Image Noble Street Roman Fort Remains Route St Pauls Newgate Street New Change St Pauls Watling Street Bow Lane Temple of Mithras Walbrook Bucklesbury Poultry King's Street Guildhall Gresham Street Wood Street Noble Street.
Post a comment
Read more 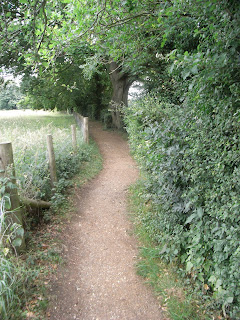 I spent a very humid day preparing a Walk for Elderhostel around Downe House. Its a great walk mostly following the audio guide you can find at the url in the link below. It was the day of the Biggin Hill Airshow so quite weird thinking about Darwin and being buzzed by World War 2 aeroplanes! darwinatdowne.co.uk Image - the Thinking Path
Post a comment
Read more

The Smalls - Creative and Filmmaking Forums

Gang culture may be due to 'warrior gene'

June 18, 2009
This is a Telegraph article suggesting a particular gene which effects boys only may lead to a propensity to violence: did the Vikings have it? Gang culture may be due to 'warrior gene' - Telegraph
Post a comment
Read more

June 18, 2009
This is my report to LMHM email list and the press release from MLa, London Those of you were were at the LMHM meeting yesterday will probably have been confused by my report on the MLA, London situation. I enclose the MLA press release to clarify the situation. The point I was trying to make was that the absorption of MLA. London into MLA was the final end 'the death' of the vestiges of the old bottomup membership based Area Museum services replaced by a top-down strategic body. London Museums Group had set up a very good working relationship with the Hub and MLA, London and that we would now have to try do the same with the changed structure. MLA, London had done a wonderful job for the London Museum community and it is a shame to see it go. In the circumstances it was probably inevitable that it went and the LMG representative on the board agreed that there was really no viable alternative. Negotiatons are continuing as to how the 18 or so MLA, London staff are to be de
Post a comment
Read more

June 17, 2009
MLA London is to be merged into the greater beast the MLA. This is the end of years of interference with local area museum councils. These were bottom up membership driven organisations which provided much needed support for Museums. Over the last 10 years these have been attacked, transformed, shackled and changed into 'strategic bodies' and finally wound up. So AMSSEE, SEMS, LMA, ALM, London, MLA, London are now no more. Replaced by the top down structure that is the MLA. MLA. London's work is being subsumed into a team of the MLA organisation, and other parts of the role are being hived off to the London Hub. This means that the successful MLA,London, London Mub, London Museums Group combination is now replaced by a structure in which the Hub holds all the cards. Although the Hub is a benign beast, it does leave the body of Museums in London represented by the LMG in a weaker position. NEWS Section
Post a comment
Read more

June 17, 2009
An interesting blog - with an innovative structure quite imaginative, though not entirely sure what it is for. It has a page on the Museum. Ann’s OPERATING THEATRE blog
Post a comment
Read more

June 15, 2009
A plan for another big building near to the Shard of Glass in St Thomas Street. 28-storey ‘Quill’ student tower planned for St Thomas' Street [4 June 2009]
Post a comment
Read more

June 15, 2009
A giant collaborative scheme to create the book of life on planet earth is being set up. It is the latest example in user-generated science. BBC NEWS | Science & Environment | Help wanted to write book of life
Post a comment
Read more

June 13, 2009
We showed old film of the Old Operating Theatre Museum today. Alison, a volunteer transferred all our old VHS tapes to DVD and my daughter and I edited them into a couple of DVD's worth. They were projected using a new Optoma projecter which has a built in DVD player and speaker. We set up a small corner of the Museum, with a few stalls and happily sat there watching films from about 1990 - 2002. Weird looking at the fashions - particularly old film of me. I gave the occasional comment to the audience to tell them who was in the shot and so on. It was an interesting afternoon. I think I could now re-edit the film and make a pretty good introduction to the Museum - would it be too weird to have an introduction to a museum made up of excepts from a motley crew of documentaries or should I just get a new video shot? At the same time a visiting lecturer gave 3 lectures on the history of Surgery - really heroic of him to do the same talk 3 times. But the Museum seemed really b
Post a comment
Read more

June 13, 2009
The Peasants Revolt Walk for London Walks went very well - not a huge turn out but enough to make it enjoyable. We managed to get all the way from Aldgate East to Smithfield - quite an exhausting route but it had to be done! I love doing John Ball's speech!
Post a comment
Read more

Elephant & Castle and Southwark Bridge to be linked by Cycle Superhighway

June 08, 2009
SE1 reports a superhighway for cycles from Elephant and Castle to Southwark Bridge. It is certainly about time that a safe route over the Thames was created and the Elephant is very scary for the bike. But they need to do much more much quicker if they are serious about it. Elephant & Castle and Southwark Bridge to be linked by Cycle Superhighway [5 June 2009]
Post a comment
Read more

June 04, 2009
This is a really excellent summary of the history of Dal Riata - compare it to Wikipedia page which is,in comparison, a mess. BBC - History - Scottish History
Post a comment
Read more