Showing posts from October, 2014
Show All

October 26, 2014
This is a good article on the subject, http://www.ianvisits.co.uk/blog/2008/01/15/early-electricity-supplies-in-london/ and also Shoreditch Electricity Station : London Remembers, Aiming to capture all memorials in London
Post a comment
Read more

Why the City of London is indefensible in a modern Democracy

October 26, 2014
The City of London has long been gerrymandered to make sure it remains a bastion of financial priviledge. In this piece George Monbiot explains some of the details. http://www.theguardian.com/commentisfree/2011/oct/31/corporation-london-city-medieval
Post a comment
Read more

Why is the Original so important

October 26, 2014
This is a TED talk explaining why a Fake will not do, why the original is so important to humans. http://www.museumsassociation.org/video/22102014-why-is-original-so-important
Post a comment
Read more

October 20, 2014
This is what the Victoria files has to say about the contents of Queen Victoria's Coffin. I do hope she shagged John Brown. 'The Victoria Files » Queen Victoria’s Funeral : In her coffin, Queen Victoria wanted various items of jewellery, Prince Albert’s dressing gown and his cloak which had been embroidered by Princess Alice, the daughter she had lost in 1878, a plaster cast of Prince Albert’s hand, her lace wedding veil, shawls, various photographs and also a lock of John Brown’s hair and a photo of him, which she wanted placing in her left hand. It has since been discovered that she was also buried wearing John Brown’s mother’s wedding ring.'
Post a comment
Read more

October 16, 2014
This is an article on the writ against Shakespeare, by William Whyte.  The article uses it with a discussion of the old chestnut about who wrote the plays. William Shakespeare, Gangster | History | Smithsonian
Post a comment
Read more

How many people to defend a Hill fort?

October 10, 2014
This interesting article on the Hillforts of Dorset contends that the Parish Boundaries date back to the Roman period.  Evidence is very much circumstantial. But it also has a useful go at working out how many people needed to defend a hillfort, and the population of Roman Dorset.  Parish Boundaries In Dorset9.doc - parish_boundaries9.pdf
Post a comment
Read more

How old is English?

October 09, 2014
How to explain how come so few Celtic words in Old English. Answer: Celtic was not spoken in East England. How old is English?
Post a comment
Read more

▶ Except from Billingsgate Excavation in 1982 - computers and Kevin Flude 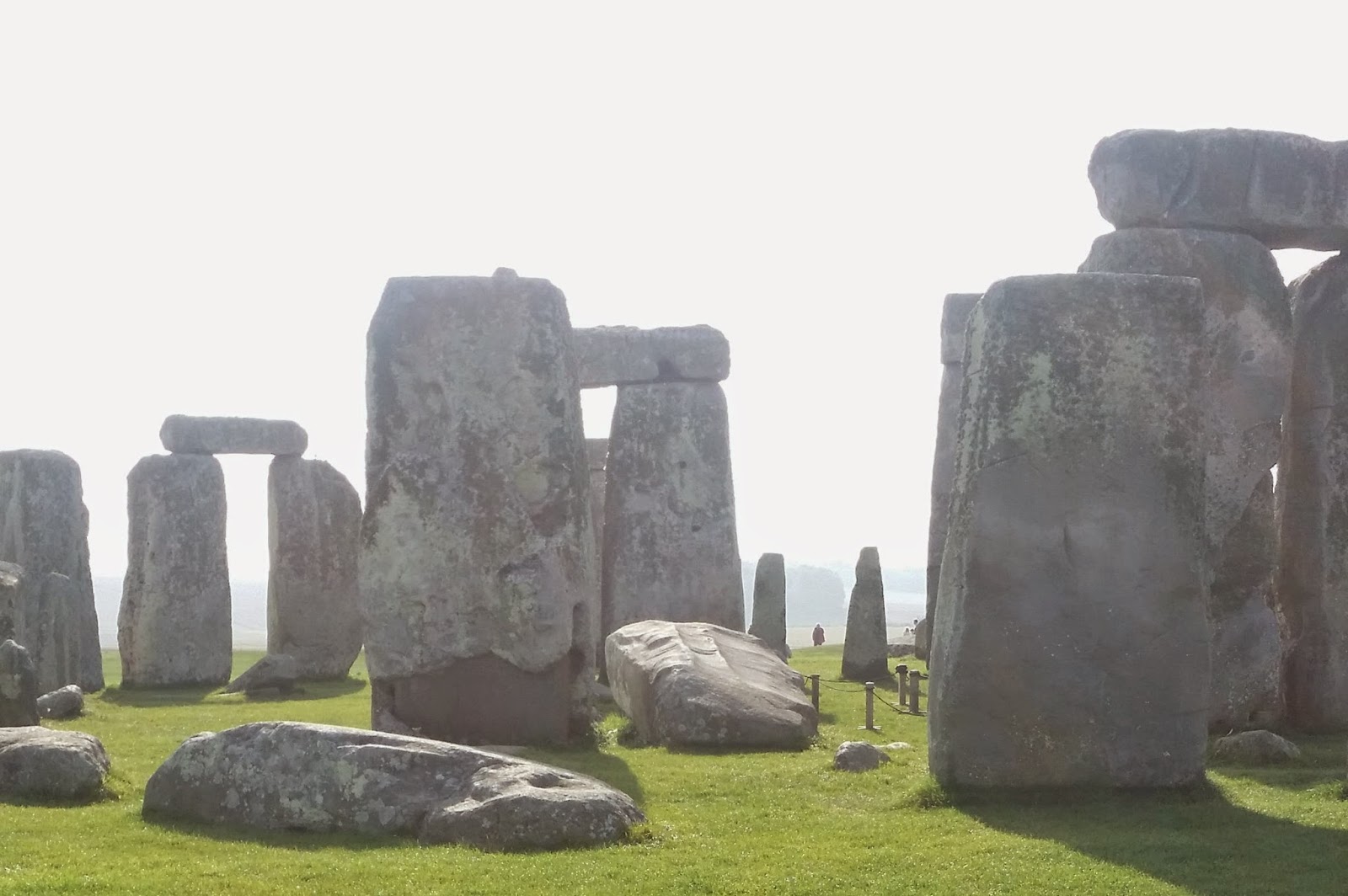 The argument Mike Pitts makes is that the recent TV programme on the survey results of the Stonehenge Landscape left out much of the story of Stonehenge as discovered by recent excavation. While this is certainly true, and to get the most our of the programme you need to read Mike Parker Pearson's book on Stonehenge, the programmes did reveal some of the major results of the new project. So it was essential, if annoying viewing. Operation Stonehenge: what the TV films left out | Mike Pitts – Digging Deeper
Post a comment
Read more

Effect of TV/Film on history as show in Smithfield

October 06, 2014
Before the release of Braveheart, very few flowers/memorials were ever left at the memorial to William Wallace at Smithfield. Since then, flowers/flags have been ever present. Since the Independence Vote, it has become a centre for Scottish sentiment, with the addition of flags. Further down the road, a telephone box has become the centre of fans of Johnlock - Sherlock Holmes and Dr John Watson.  St Barts is indeed where Sherlock and John meet and decide to lodge together with Mrs Hudson, but the Telephone box has only become a 'shrine' since the Cumberbatch/Freeman show in which the death at Reichenbacker Falls is relocated to Smithfield.  Every so often the authorities clear it out but the notes soon reappear. Nearby in Charterhouse Square is Florin Court, where Poirot lived in Whitehaven Masions (actually Florin Court). But this is just the TV location. No web site I could found actually tried to locate the building in fictional reality, but accepted  the TV location wit
Post a comment
Read more
More posts