Showing posts from July, 2007
Show All

July 23, 2007
It is more efficient to walk upright, scientists have discovered and this may have contributed to the evolution of our upright stance. BBC NEWS | Science/Nature | Energy use 'drove human walking'
Post a Comment
Read more

How Britain became an island

July 23, 2007
Salon IFA 169 reports:' According to Jenny Collier, of Imperial College, London, and her colleague, Sanjeev Gupta, the English Channel was formed some time between 450,000 and 200,000 years ago, when a natural land dam at the Strait of Dover failed. The results of their research are published in this month’s Nature , and are based on a new high-resolution sonar survey of the Channel floor, which shows the deep gouges and scour marks in the bedrock at the bottom of the Channel caused by the inundation, which occurred when a lake fed by meltwater from the British and Scandinavian ice sheets and by the Thames and Rhine river systems broke through the chalk ridge that once ran continuously from the Weald into the Artois region of northern France and Belgium. The Imperial College team has yet to explain what triggered the event. According to Jenny Collier: ‘It is possible that it was the pressure of rising water and that it would have happened anyway, but there are little
Post a Comment
Read more

Ring inscribed to the god ‘Totatis’

July 23, 2007
Ring inscribed to the god ‘Totatis’ Salon IFA 169 reports on: ' A metal dectectorist has recently found a Romano-British finger ring inscribed with 'the legend: DEO TOTA FELIX, which Adam Daubney, Lincolnshire Finds Liaison Officer for the Portable Antiquities Scheme, translates as ‘To the God Totatis, use this and be happy’. Found near Battlesden, in Bedfordshire, the ring is one of forty-four similar finger rings inscribed with the letters TOT, and abbreviation of the deity Toutates, mostly from Lincolnshire and dating from the second and third centuries AD. ‘When we map them they almost exactly mirror the limits of the Iron Age tribe Corieltauvi’, said Adam, who added: ‘This suggests that the Corieltauvi were active, with clearly defined borders, well into the Roman period, covering the area east of the River Trent through Lincolnshire, Nottinghamshire and Leicestershire, and that native tribes may have had more freedom to pursue their own religions and lifest
Post a Comment
Read more

10 Rules of the Mystery/Detective Novels

Snail - water a cure for Syphilis?

Letter to the London Archaeologist Dear Editor I was very interested to read the article in the Spring 2007 issue of London Archaeologist about the ''Osteological evidence of mercury treatment of syphilis in 17th to 19th Century London' by Fiona Tucker. She notes that not all cases of syphilis seems to have been treated by with Mercury. At the Old Operating Theatre Museum in Southwark we came across the following recipe created by Dr Richard Mead in the early 18th Century to cure people suffering from venereal disease. Mead was a friend of the great Dr Johnstone and not a quack or mountebank. The enclosed recipe was designed as a medicine for poor people who could not afford more expensive treatments. S NAIL- W ATER 'Take Garden-Snails cleansed and bruised 6 gallons, Earthworms washed and bruised 3 Gallons, Of common Wormwood, Ground-Ivy, and Carduus, each one Pound and half, Penniroyal, Juniper-berries, Fennelseeds, Aniseeds, each hal
Post a Comment
Read more

July 09, 2007
This site seems to have all the schools on its database - and is a useful resource for checking school addresses - it does not have names of heads and teachers though. http://www.schoolswebdirectory.co.uk
Post a Comment
Read more 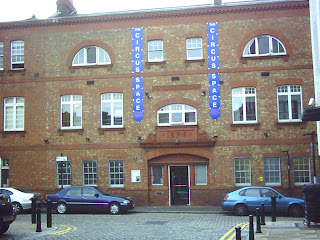 RFID and other interactive technology projects relevant to Museums

Here are a few interesting ICT projects all with a new technology twist, which I produced for a friend of a friend. RFID project http://www.display.co.uk/products/product.html?id=2 There is a guide to interactivity in Summer 07 issue of Museum Practice http://www.museumsassociation.org/mp (There was an article in Museums Journal in the last few months on the subject of PDA tours but I can't find my copy!) Geocaching What Was here? http://www.whatwashere.com/ Historical PDA tours Tourbot http://www.ics.forth.gr/tourbot/ Publish Post
Post a Comment
Read more

July 04, 2007
The monthly figures shows that the Old Operating Theatre Museum had its best march, april, may and june - each month was the highest ever both in admissions and in income. Great comeback after the problems of last year - the closure of the Theatre etc. However, we had 3 groups cancellations this week alone because of the car bomb scare.
Post a Comment
Read more

July 04, 2007
We had an interesting discussion trying to analyse components of narrative. The suggestion on the table was that the two main branches of narrative are: Story events settings sequence etc Telling film words dance etc. My feeling is that the minimum elements to make sense of narrative should be: Story Telling Audience Venue/media
Post a Comment
Read more

July 04, 2007
At CSM we were discussing a project in which we hope to map narrative terms using a technology as used in the visual thesaurus. This page here is link to possible ICT technology. Thinkmap.com | Thinkmap SDK
Post a Comment
Read more
More posts