Showing posts from December, 2007
Show All

Changes of address for Guy’s and St Thomas' hospitals

December 31, 2007
Guys and St Thomas are giving themselves a name make over - Guys is no longer addressed in St Thomas St but now is in Great Maze Pond. Changes of address for Guy’s and St Thomas' hospitals [31 December 2007]
Post a comment
Read more

Review of My Year

December 30, 2007
Quick review of my year: Best Film: Lives of Others Best of the Rest: United 93, Borat, Black Cat, White Cat, the death of Mr Lazarescu Best Factual Book: Origins of the British - Stephen Oppenheimer Best Fiction: Philip Roth - various of his books Best TV: Cranford Best Theatre: Little Shop of Horrors Best Exhibition: Gilbert and George Tate Modern Best Gig: Madredeus Notable Events - I got my PG Cert in Higher Education, I learnt to Sail, the Old Operating Theatre Museum was sold to the Cathedral Group and despite the disruption exceeded 30,000 visitors for the first time. I became an honorary lecturer at UCL. I kept a creative journal all year and improved my blog. Children did so well - Connie get 3 A's at A-level, and Hetty getting into the Camden Youth Jazz Band. Best moments - Cycle ride around Olympics Site and trip to Korea.
Post a comment
Read more

December 24, 2007
The Holkham bible has been reproduced as a facsimile by the British Library. It is a 14th Century picture book telling stories from the Bible as pictorial stories. The illustrator was from London and was heavily influenced by Mystery Plays and London - the biblical places resemble London. Sacred Texts: Holkham Bible ICT
Post a comment
Read more

December 21, 2007
Paste your own heads onto various 'amusing' videos - interesting use of ICT JibJab Sendables
Post a comment
Read more

Adsense - does it make sense to advertise on a blog?

December 21, 2007
I'm trying out Adsense to see if any money is to be made from a blog after all. quite easy to set up - and puts a line of ads on the top line of the blog. But I can't see that many people clicking. ICT
Post a comment
Read more

December 21, 2007
Some time ago I began a search for some software whereby I could animate a talking head - the idea being that it would host the web site, providing a spoken commentary on various web pages. Well, I might just have found the technology - Crazy Talk Have a look at this: http://www.chr.org.uk/christmasmessage2.htm ICT
Post a comment
Read more

December 19, 2007
I have been reading David Wooton's Bad Medicine in which he expouses the claim that until 1865 Doctors did nothing but harm to their patients. Very interesting book, although he does overstate it, as Doctors were quite competent at dealing with mechanic problems and there were certainly some remedies which by experience did some good, but he is correct that the humoural theory particularly as combined with astrological ideas did mean that erroneous theory out-trumped experience - so his basic thesis is correct. Oxbow Books - Bad Medicine: Doctors Doing Harm Since Hippocrates by David Wootton
Post a comment
Read more 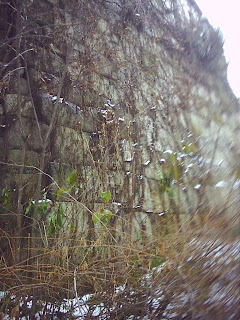 Last week I went to Seoul with 9 students and a fellow tutor on a project about the Seoul City Walls. We are working with IDAS/International Design school for Advanced Studies, Hongik University in Seoul. The idea is to produce a series of ideas for projects which can help develop Seoul's tourism and help redefine Seoul's image. I had no expectations of Seoul - rather more negative than positive, but in the event I was very impressed. The City was flattened in the Korea War in 1953, and it rebuilt itself first as a shanty town and then as a modern City. It is now the 5th biggest City in the world with upwards of 15m people and is a vibrant and dynamic City. The dynamism is seen in the amazing signs on each and every floor of every building. What stops this being visual pollution is the sheer number of signs, the bright colours and the beauty of the Korean script. From our limited experience Seoul seem perhaps a little self-effacing about its achievements - it is a City tha
Post a comment
Read more

Guiding in St Pauls - not a blue badge guide monopoly

December 18, 2007
Today, I discovered, from a St Pauls spokesperson, that St Pauls did not operate a Blue Badge guide only policy. Their policy was that only people with appropriate knowledge can guide there which includes school teachers, lecturers, academics etc and blue badge guides. A very sensible policy which I would hope that the Tower and Westminster Abbey could follow. Apparently this has been the policy for many years. I wish I had known because I have been looking over my shoulder fearing the heavy hand of the canon every since I was told, probably by a blue badge guide that I could not talk there!
Post a comment
Read more

The Viking roots of northwest England

December 17, 2007
Some 50% of people in Liverpool area have similar genes to those from Orkney and Norway. for further information The Viking roots of northwest England
Post a comment
Read more

December 17, 2007
*** SALON 178: 17 December 2007 *** reports: 'Governments need historians, says David Cannadine David Cannadine, Queen Elizabeth The Queen Mother Professor of British History at the Institute of Historical Research, says that politicians and civil servants make bad policy decisions because they lack historical knowledge. Speaking on 5 December 2007, at an event to launch a new organisation called History and Policy ( ), an organisation that aims to connect historians with policymakers and improve public policy through an understanding of history, he said: ‘I believe Whitehall departments should have historical advisers and the government should have a Chief Historical Adviser. Historians and politicians bring very different perspectives to bear on the contemporary world and greater dialogue between them would be beneficial to the policy process. Historians can suggest, on the basis of past precedents, what might or might not work and counsel against raising public expectations t
Post a comment
Read more

December 14, 2007
I have belatedly discovered labels and wanted my very own 'tag cloud'. Googling proved that it was going to be difficult - until I came across the following blog and found it very easy to fix! See the label cloud to the left. Automatic List of Labels for Blogger Classic Templates / FTP | Blogger | Feeds | Javascript | � phydeaux3 ICT
Post a comment
Read more

December 14, 2007
The last restrictive practice left in London? Can the monopoly that Blue Badge Guides have on guiding in Westminster Abbey, the Tower of London and St Pauls Cathedral be justified? I'm not against the Blue Badge guide training system as such - just the fact that it comes with an old fashioned desire to gain a monopoly for its members. Teachers and lectures cannot point out salient features in some of London's main tourist sites without employing a Blue Badge Guide. Blue Badge guides are not professional teachers, they do not know in detail the content of courses, nor what in particular the educational requirements of teachers and lecturers are. Teachers and lecturers may well be delighted to save themselves a lot of work by employing a blue badge guide, but if they know their subjects, they know they curriculums and their students, the fact that they have to hire a blue badge guide is fairly outrageous. I suggest 2 solutions: 1. the 3 places involved should give exemptio
Post a comment
Read more

December 12, 2007
This is an excellent resources for copyright for Museums. Collections Link
Post a comment
Read more

Our male ancestors had harems of females - Telegraph

December 12, 2007
Our male ancestors had harems of females - Telegraph : "Charles Lockwood of University College London and his colleagues shed new light on the lifestyle of Paranthropus robustus by analysing a large number of skulls." The basic argument is that teeth show robustus males matured later than females as does the Silverback Gorilla, and that as men die younger than women, probably a reflection of the need for men to be big and strong to protect their harem, this suggests dominant men had a harem of women to control in a similar way to Gorillas.
Post a comment
Read more

People in Place Families, households and housing in London1550-1720

December 11, 2007
Salon IFA Reports: SALON - the Society of Antiquaries of London Online Newsletter Salon 177: 3 December 2007 "Undercover restorers fix Panthéon clock Perhaps what the conservation world needs is to spice up its image. In Paris, according to a report in the Guardian , ‘cultural guerrillas’ broke into the Panthéon, established a secret workshop and, working under the supervision of professional clockmaker Jean-Baptiste Viot, spent a year taking apart and repairing the building’s clock, which had last worked sometime in the 1960s. Far from being thanked, the four members of the underground ‘cultural guerrilla’ movement known as the Untergunther – a group of intrepid ‘illegal conservators’, dedicated to restoring France’s cultural heritage – were prosecuted for breaking into a national monument. They were acquitted on Friday, but the building’s administrator lost his job. ‘When we had finished the repairs, we had a big debate on whether we should let the Panth
Post a comment
Read more