Showing posts from March, 2018
Show All

Radical Walking and other pyschogeographic activiites

March 29, 2018
Triarchy Press has a set of authors who are developing the idea of walking as a radical art form. To find out more, follow this link: https://www.triarchypress.net/walking.html
Post a comment
Read more

Victorian Buildings in London you did not know about

March 26, 2018
This is one of the great estates in London. Its said to be one of the largest listed buildings in Britain. the Alexandra And Ainsworth Estate and is by the great Neave Brown of Camden Council's Architects Department 1968. http://londonist.com/london/videos/alexandra-and-ainsworth-estate?rel=handpicked
Post a comment
Read more

How many coffee houses in 18th Century London?

March 25, 2018
I seem to remember they numbered in thousands but initial searches suggest 500. But I came across this web site which gives the answer. https://publicdomainreview.org/2013/08/07/the-lost-world-of-the-london-coffeehouse/ 'By the dawn of the eighteenth century, contemporaries were counting between 1,000 and 8,000 coffeehouses in the capital even if a street survey conducted in 1734 (which excluded unlicensed premises) counted only 551. Even so, Europe had never seen anything like it. Protestant Amsterdam, a rival hub of international trade, could only muster 32 coffeehouses by 1700 and the cluster of coffeehouses in St Mark’s Square in Venice were forbidden from seating more than five customers (presumably to stifle the coalescence of public opinion) whereas North’s, in Cheapside, could happily seat 90 people. '
Post a comment
Read more

March 21, 2018
I have always believed that you put the milk in first because of the risk of cracking your bone china with boiling hot water.  But have just heard what sounds like a definitive answer to the question:   BUT if you are wealthy you can afford cups that don't crack under boiling water AND by the time the hot water comes up from downstairs the water is not so boiling so UPSTAIRS you can put the tea in first DOWNSTAIRS you put the milk in first So which goes in first becomes a measure of class.  Just like everything else in the UK.
Post a comment
Read more

March 17, 2018
This is another Tudor mapping project. This time it hopes to create a new map fitted to the modern street plan showing the identified parts of Tudor London. And they are printing it! Here is the link to buy a copy https://www.amazon.co.uk/Map-Tudor-London-Englands-Historical/dp/0993469833 Here is a link to the project. http://www.historictownsatlas.org.uk/content/tudor-london-1520
Post a comment
Read more

March 17, 2018
This is a project to create an online mapping project for the history of London. I can't yet see how it is going to work. It has a lot of ambition and very little detail as yet. Vanessa Harding said the Tudor Map of London project she and Caroling Barron have been working on will link to it. https://layersoflondon.blogs.sas.ac.uk/
Post a comment
Read more

"The Agas Map." and the Map of Early Modern London project

March 17, 2018
This is one of two really great mapping projects ongoing about Tudor London.  This one is based at the University of Victoria and is an attempt to populate a digital version of Agas' Early Tudor London Map with information from Stow's 'Survey of London'  and other sources . I found it very useful for my research for my Cornhill Walk. I also felt sad as I was working reading Stow and looking at hard copies of maps, and then found it all on a plate on this web site. So it felt like an end of an era. This is the reference and the link.   Jenstad, Janelle . The Agas Map. The Map of Early Modern London . Ed. Janelle Jenstad . Victoria: University of Victoria. Web. 01 March, 2018. < http://mapoflondon.uvic.ca/map.htm >.
Post a comment
Read more 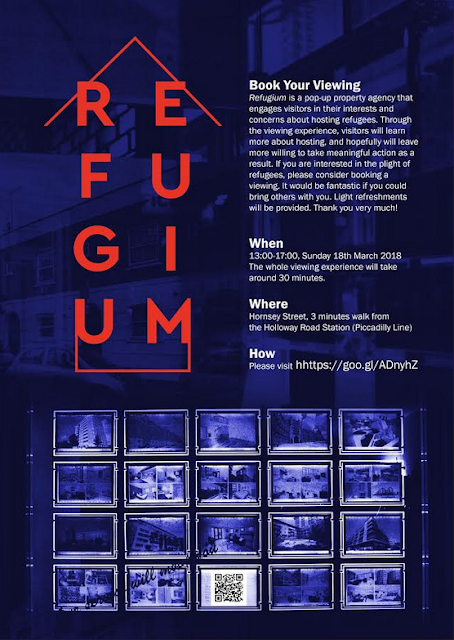 Refugium This is one of my students' projects which is about the issue surrounding being a Refugee. It is running on 18th March if you wish to attend. https://docs.google.com/forms/ d/e/1FAIpQLSeQsy-fTQoOshwa5HVV W60FS_BYhudaPdYHzspnpgtZFsATOw /viewform
Post a comment
Read more

We are witnessing a revolution in ancient DNA. The first results came from inference from modern DNA and seem to have given results which are somewhat dubious. But recently changes in cost and technology has built up a new and expanding database of Ancient DNA which is shaking prehistory. This article gives a good summary. https://phys.org/news/2018-02-ancient-dna-tales-humans-migrant.html#jCp One result is that the Beaker folk have been restored to a genuine folk movement after a couple of decades of PC cultural diffusion of a pottery style. But more than that the Beakers Folk are not only an intrusion from abroad But they replaced 90% of the Neolithic genome. The mechanism by which this happened is not yet established.  So the great Henge projects were created by the first farmers who were largely descended from the Hunter-Gatherers.  Around 2,400 B.C. the beaker folk came over. This was after the Sarsen phase of Stonehenge.  They seem to have adopted neolithic use of henges
Post a comment
Read more
More posts