Showing posts from April, 2015
Show All

April 27, 2015
There is an ongoing Britarch debate about how deep a ford can be. The best solution proposed was that you would know as you were being swept away, that it this was too deep!   Publish Post Here are the Roman's on Trajan's Column sedately crossing the River. 26_6997-web.jpg (JPEG Image, 1152 × 825 pixels)
Post a Comment
Read more

film footage of London life dating back to 1890 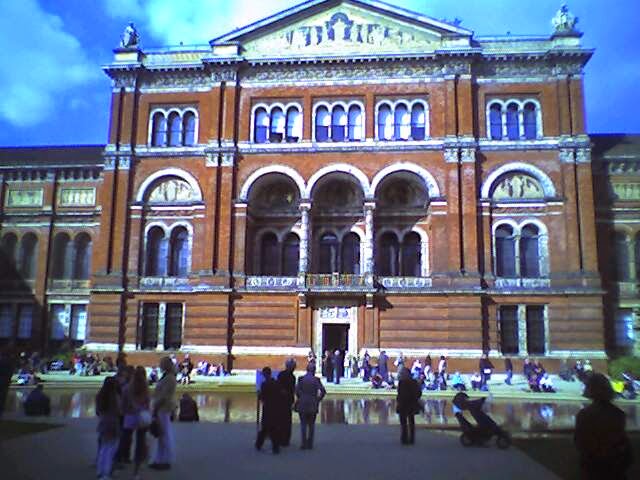 This is an article on the much lamented Circulation Department of the V&A, this was designed to encourage the Museum to send its objects around the Country. The exhibitions were a great support for regional art schools, and regional museums. It was set up, I think around1909, and killed off by Sir Roy Strong in 1977, because of funding cuts. Room 38A and beyond: post-war British design and the Circulation Department - Victoria and Albert Museum
Post a Comment
Read more

April 06, 2015
One of things that interests me about Medieval London is how effective is archaeology?  In the Prehistoric, Roman and 'Dark-age' period Archaeology has revolutionized our understanding of these periods. After 40 years of excavation, we now know there was no prehistoric London; that London boomed in the early Roman period, but began its decline as early as 140AD; and that after a period of decline revived in the 7th Century in the area of Covent Garden, before moving back into the Century round about the time of King Alfred. These are really impressive discoveries, things that just were not even hinted about from  historical documents.  Is the same true of the Medieval period?  Certainly recently archaeology has shown the development of the City from the 9th to the 12th Century, and sites such as Milk St. Guildhall, No 1 Poultry and Queenhithe are used by John Schofield, and Christopher Thomas in their books on Medieval London to give a novel insight into the City's growth
Post a Comment
Read more

Time - how accurate can we be?

April 01, 2015
John Clark, on the Britarch mailing list, in a discussion about calendrical accuracy of Stonehenge quoted   R L Poole /Medieval Reckonings of Time/ (1918) 46-7 'If we suppose a traveller to set out from Venice on March 1, 1245, he would find himself in 1244 when he reached Florence; and if after a short stay he went on to Pisa, the year 1246 would already have begun there. Continuing on his journey westward he would find himself again in 1245 when he entered Provence and on arriving in France before Easter (April 16) he would be once more in 1244.' My contribution was that before Railway time, created by the GWR in 1840, Local Mean times were set up by sundial.
Post a Comment
Read more

Museum of London to relocate to Smithfield - Official

April 01, 2015
The Museum Association has revealed that the move to Smithfield has now been officially adopted by the Museum of London. Museum of London to relocate | Museums Association I think this entirely makes sense for the Museum - I do, however, wonder if it will not ruin the area of Smithfield which is still a bit of a backwater as far as tourists are concerned.  With the Museum of London there it may become a major centre of Tourism. St Barts will enjoy a huge boost in tourism. and the major tourist routes will be stretch from St Pauls to the North. I am a member of the NIMFHP tendency - not in my favourite historic place. More seriously, is there a hidden threat to the Museum of Docklands - will the museum have enough room for the Dockland's objects, and will it want to cut its loses and go back to a one centre museum?
Post a Comment
Read more
More posts