Showing posts from January, 2012
Show All

Dickens Museum to close during bicentenary

The Mystery of the 2nd and 3rd Century Roman Dodecahedron....Page 49

London in your lunch break: the Old Operating Theatre - Telegraph

Surevy of visits to visitor attractions 2010 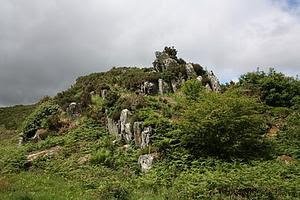 According to SALON - the Society of Antiquaries of London Online Newsletter 268 the source of the Bluestones has been found - in the journal Archaeology in Wales , Rob Ixer, of Leicester University, and Richard Bevins, of Amgueddfa Cymru — National Museum Wales, ‘We assumed that we might be able to pin down the source to an area of several hundreds of square metres’, Rob Ixer said, ‘but we can now pin it down unequivocally to an area of a few square metres, namely to a small single outcrop or couple of outcrops at Craig Rhos-y-felin’. The outcrop is some 70m long and has many tall, narrow slabs up to 2m high as the dominant feature, splitting off from the parent rock in blocks that are reminiscent of the Stonehenge bluestones. They compared rocks here to a Box of rocks stored at Salisbury Museum.
Post a Comment
Read more

January 05, 2012
How such a good architect can produce such a bland exterior is a surprise One New Change - Jean Nouvel
Post a Comment
Read more

January 05, 2012
It has just been announced that TfL's control centre will join the LDA in Alsop's Palestra in Blackfriars, Southwark. Inside Alsop’s Palestra
Post a Comment
Read more