March 04, 2019
Saturday I attended a walk/event based on the slave owners who lived in  Bedford Square. The tour was organised and given by Jean Campbell from MA for Narrative Environments at CSM. 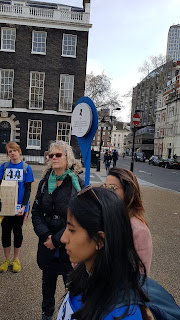 She used the UCL database of compensation payments for those who owned slaves when it was abolished in 1833. Legacies of British Slave Ownership this enabled her to identify several people who lived in Bedford Square who owned slaves.  Jean used this to help raise consciousness not only of slavery but of legacy issues, such as educational attainment of Black students.  The walk used several methods to increase interaction and to stop it being a didactic exercise. 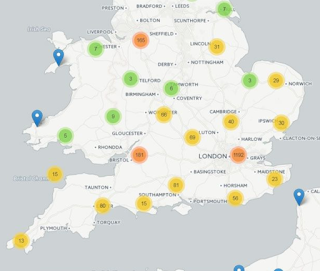 The Government borrowed £20m pounds from 2 Bankers, one of them being Rothschilds. Jean reported that this debt was only paid off recently in 2015. ( Taxpayers still paying).