October 30, 2017
I went to see the National Army Museum for the first time since its HLF scheme opened.  I always remember the  building as being in a cramped little space with no sense of place.  The architectural transformation by BDP is a resounding success. It now has a decent frontage on Royal Hospital Street and inside has a rational and open countenance that is a pleasure to inhabit.. 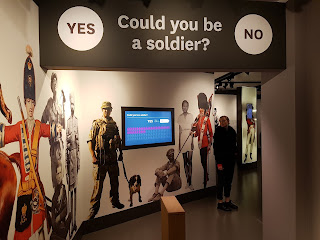 The displays are less of a success.  The only section that really works is the 'Soldier' exhibition. It works very well to introduce the experience of being a soldier with a nice mix of object, interactive, quotation and image.  However the Battle section is very disappointing. It really gives neither an interesting insight into the wars Britain has fought, not does it give a view of experience of war in the various periods or the hardware of war. I left this section feeling I had learnt nothing.  I had similar experiences in the Army and Society sections. I think the problem is that the displays compete with the Imperial War Museum so the designers decided to take a different approach.  It feels as if that approach might have worked on paper but in reality nothing emerges from the detail to enlighten.  Its still worth a visit but after a fine start in fails to impress. 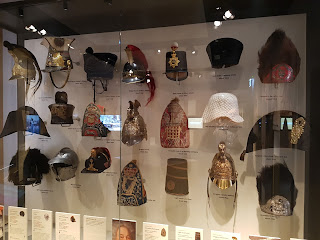