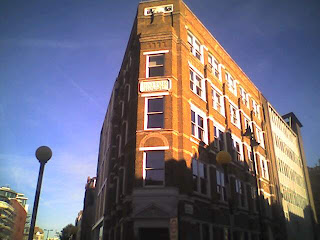 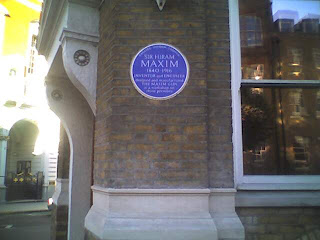 I cycled past a blue plaque in Hatton Garden on a 19th Century factory building which recorded that it was here that Hiram Maxim invented the Maxim Gun which used the power of the recoil to eject the spent bullet and inject the new one.

Whatever happens, we have got
The Maxim gun, and they have not.