October 15, 2007
We went on a fantastic cycle ride around East and South East London at the Weekend. Amazing scenery - vast areas of 'regeneration' of wonderful views of Docks, Canals and Rivers. Plenty of squalor, fly tipping debris, brown field sites, heaps of gravel, industrial landscapes. So much space - it seems you could build another London in the space, rehouse all the homeless, provide cheap housing for the next generation - all in the area between Hackney, Becton and Greenwich. 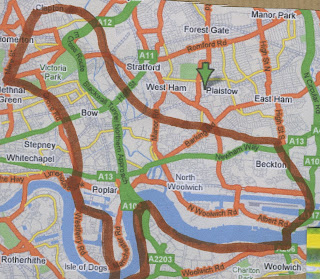 The Route took from 12 - 6pm but would want longer if visiting 'attractions' on the way. The route is circular so could start anywhere: 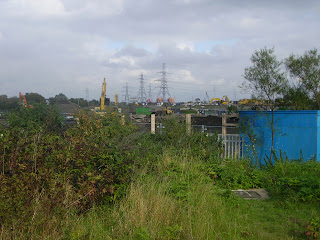 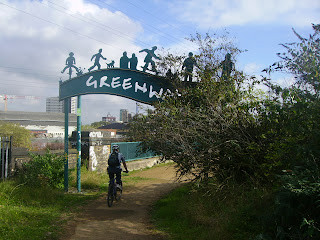 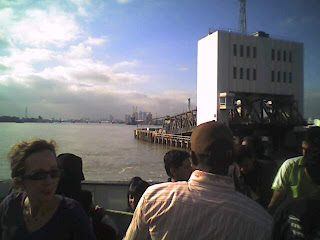 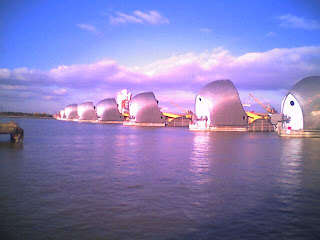 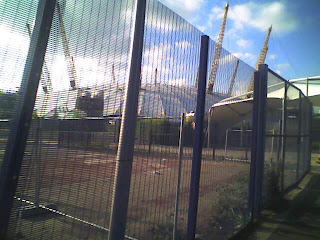 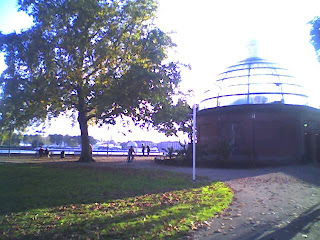 Pick up Regents Canal and continue westwards back to Victoria Park - we then continued on canal to Broadway market and home.
london walks