November 02, 2008
This is the narrative of the On Purpose Walk

I did most of the preparation for the Walk on Friday night and Saturday morning although I had been thinking about it since my visit to the Arnolfini Last weekend.

To recap on the idea - two design exhibitions, held in art galleries are twinned partly because of the participation of Abake. Benjamin, from Abake asked me to do a tour of the Somerset House 'Wouldn't it be nice' exhibition, but to talk about the 'On Purpose' Exhibition happening at the Arnolfini, Bristol. The idea being that another person would do the opposite at the same time. 'The experience will be disorienting' said Benjamin.

The first task I set myself was to get to know the On Purpose Exhibition well enough to do a tour of it and to have a good mental picture of the exhibition and design issues behind the exhibition.

Having been to Bristol, and met my doubleganger, I became convinced that I did not want to know anything about the Somerset House exhibition beyond the name and I managed not to read the catalogue or visit it.

I told my twin this was my method, and had another chat to Abake, where I explained that improvisation was going to be a key facet of my tour. I also thought that as the exhibition was about conceptual design, then I should also consider the design of a guided tour, try to extend my guiding methods in line with the exhibition philosophy and subvert, and critically examine the design of guided tours.

As I am not a designer I asked Abake to give me some background articles to read, and the names of 10 influential designers, and 10 isms that influenced designs I wanted these to have in my mental basket so I could use them for improvisation.

The night before the Tour I put my thoughts in order, made notes on the On Purpose exhibition and spent some time inventing some interventions that I hoped sprung from either

a. design philosophies behind the On Purpose exhibition
b. on planned on the idea of designing a conceptual guided tour.

On the day itself I packed my bag and went off to the Embankment as a lamb to slaughter.

On the way I got a call from my tweedledee to say he was not going ahead with the simultaneous tour as he could not find the connections between the two exhibitions.

About 15 -20 people were gathered at the entrance. We started outside. 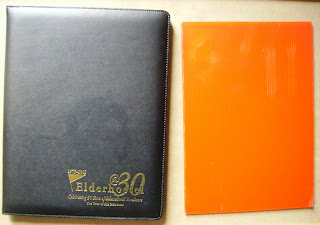 So I choose one of the group to design me.

I asked him whether I should have clip board representing my long service as a lecturer with Elderhostel, ( I was 'honoured' by the American charity and given the clipboard at a celebratory dinner) or a piece of orange Correx. I also meant to give the choice of which colour clip. I kept my woolly hat and gloves on with a cardigan underneath my linen suit so that the group could decide whether i would be an elegant guide or a scruffy guide. I tried to encourage the design to be radical by suggesting a design style - I was trying to encourage a Comedy Store type improv method.
. 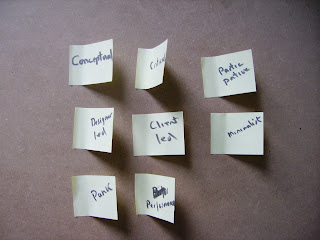 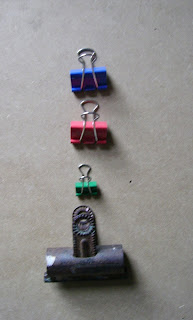 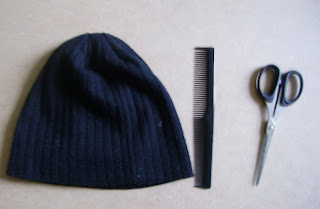 . But I think I set this up poorly - as I imagined it I would sit down on a wall which would have encouraged the hair cutting as it was my volunteered felt uncomfortably cutting my hair or styling me too serverly.

My next intervention was by way of a satire on health and safety. I brought along a magnetic notice board and displayed on it a No smoking sign, a risk assessment (which I adapted a little bit) and I planned to display a pledge which got lost on the day. The risk assessment was done on a spreadsheet which was a reference to the use of spreadsheets in ABAKE's advert in Fringe for the On Purpose Exhibition. The notice board with the fridge magnets was attempting to have a sticky back plaster non-design aesthetic. 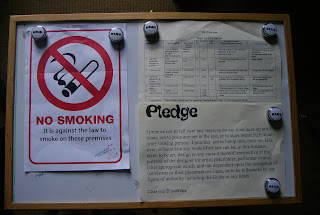 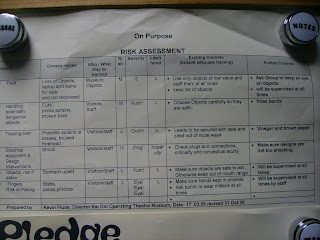 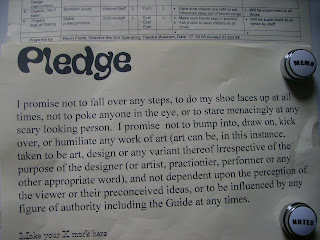 As I did not get everyone to sign the Pledge I asked them to sign it physically by making their body into the sign of a cross. This was a reference to ABAKE's 'Limb Typology' making a font of the body.

I had a couple of other interventions I intended to do outside but I got into a bit of a panic as the Design your guide section did not go so well. The missing interventions were:

a. Physical activity - a guided tour should provide information, education, entertainment and excercise. So I was going to get everyone to do excercises - star jumps and as we did the star jumps we were going to shout T X T X and I was going to try and get the group to change from star jumps to alternatively T and X jumps (try it it is quite difficult).

b. I was thinking of getting everyone into pairs (as if little children). Then into a line of columns and to get the person in front to tell the person behind how they would like their neck massaged or their hair stroked.

I intended the first bit of guiding to be a reference to the Slave Trade as this was to be simultaneous with the tour by the Dock in Bristol. So I was going to refer to the River and show a picture of a slave boat. The point I was going to make was that this design of a boat was good design - if the brief was packing as many people into as small a space as possible.

But no the brief should have been maximising the number of people safely transported across the ocean.

But no the brief should have been to design a method of getting a work force across the Atlantic compatible with basic human rights.

Targets should not be SMART, they should be SMARTER - the E at the end standing for Ethical. 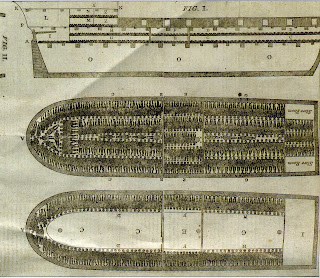 But I did not do this. Instead we went into the Shop.


to be continued
narrative environments walks