November 09, 2008
In my previous post, I described the beginning of the tour of Arnolfini Exhibition 'On Purpose' which took place at the Embankment Gallery. After the start outside the Gallery we went into the Book Shop. 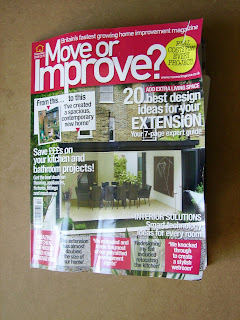 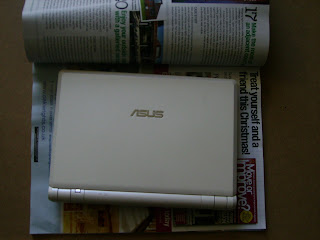 and Alex Rich. Abake's advert was a printout of a plan spreadsheet, Rich's was a flow chart. So I had planted a magazine 'Move or Improve' in the Shop - I had purchased the magazine earlier choosen because it was the tackiest 'design' magazine I could find. In it I placed my Asus EEE PC - I was trying to go one further than Abake - they used a printout of a Spreadsheet I used an actual spreadsheet on a computer. I suggested that ABAKE were given away a computer with each magazine so cheap were the EEE pcs. 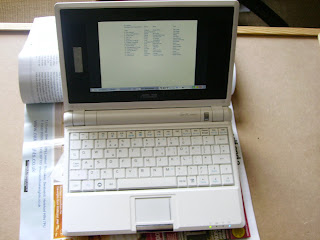 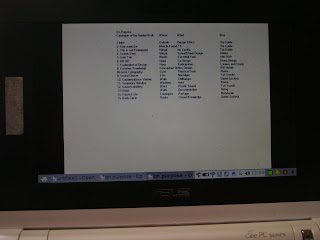 The only problem was that the computer froze and so I could not show the spreadsheet! 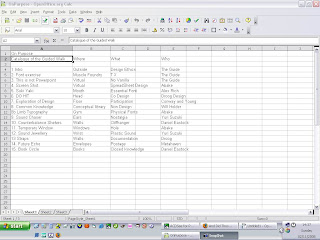 The spreadsheet of my guided walk. I also created a Powerpoint, which had a simple powerpoint with one word per screen which spelt out:


Guided Tours are great they don't use powerpoint!

Finally, in the shop, while the Computer was on, I intend to give a definition of Design which purported to come from Wikipedia which I would then show on the computer 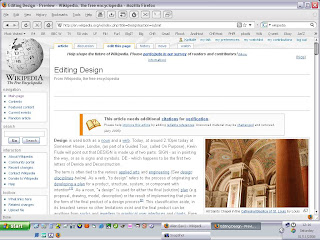 screen: But I did not use it as the Computer would not work:

I finished with some words about how avant garde Abake were for using a EEE PC rather than the ubiquitious Macintosh.

Inside the Gallery, my first 'On Purpose' piece was 'Do Hit' by Droog Design. This is a cube of steel and a sledge hammer. The sledge hammer is used to smash the Cube into a shape - at the Arnolfini it had been changed into a seat. In the Wouldn't it be nice exhibitionm the first piece was a film which showed a car burning. (Burning Car' 2008 by Tuan Andrew Nguyen). I described the Do Hit piece as if the Car shown in the image had been smashed by a sledgehammer, and gave an describtion of how the Do Hit piece subverted the normal rules of design - it was a collaboration between designer and purchaser and was the antithesis of precious designer chairs such as the Eames, F1, Arne Jacobsen, Mies Van der Rohe chairs and it said 'just sit on it' don't worship it. I meant to go into some detail of Droog's design philosophy and their Labs but the failure of the Computer had me in panic mode as a scrabbled to win over my audience, who were not entirely sure what I was up to.

At some point slightly later I took out a small cardboard box and said this was a cheaper version of Do Hit and proceeded to hit it with a stone to crush it and then as I tore it up in my hands I said the more destroyed the work became, the more it became my design rather than Droog's and hence was more unique and valuable. 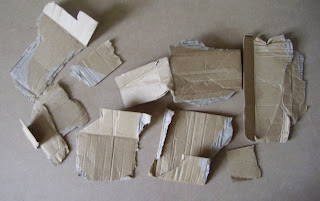 To be continued
narrative environments walks