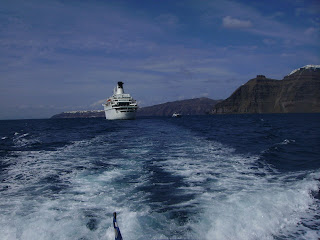 I've just come back from a Cruise on the MV Discovery which went from Venice to Istanbul, via Koper, Zadar, Dubrovnik, Hvar, Cephalonia, Delos, Ephesus and Istanbul. I was the lecturer for the Elderhostel group. It was very hard work but I enjoyed it.

What I learnt from the Cruise was that it is a good way of seeing a lot of different places. No need to keep packing and unpacking and finding hotels in different towns. So a sense of easy touring. One issue is the number of Cruises taking the same or similar route - you arrive in Dubrovnik with 3 5000 sea 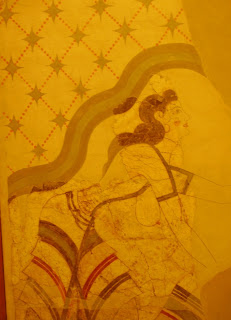 ter cruisers and a couple of 1000 seaters. That means some 15,000 tourists descending on a small town all at the same time.

I gave a series of lectures entitled: